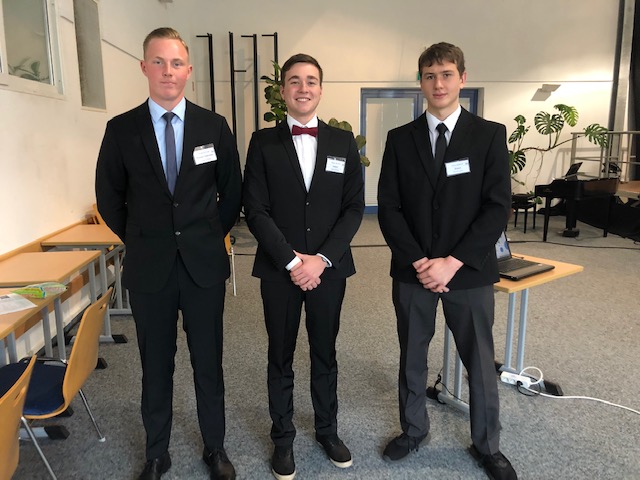 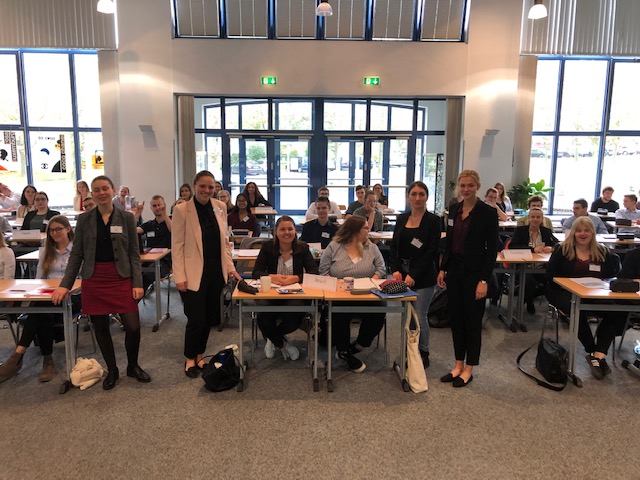 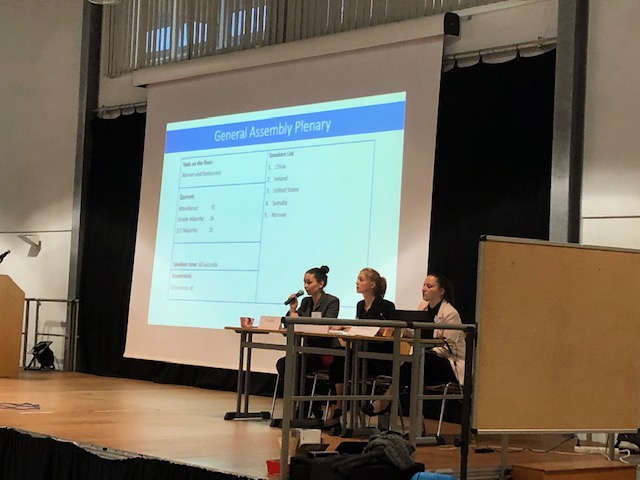 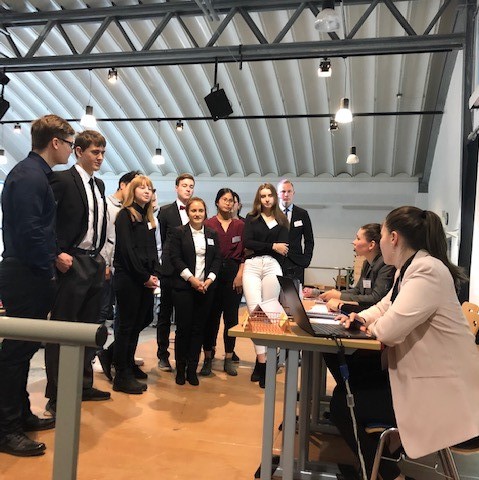 Last week from Wednesday to Thursday the UN-General Assembly simulation took place in the assembly hall of the Dr.-Sulzberger Gymnasium in Bad Salzungen. We, the students of the 12th grade, represented 31 different countries from all over the world. The project was led by four students from the university of Erfurt who study politics as well as international communication. They aimed to introduce us to the function of the United Nations Organization. The topic on the agenda was “women in democracy”. It is an important and relevant issue nowadays. Therefore, everyone of us had to do research on women rights in their country. We also got a background guide from the students to prepare on the conference. The main goal was to improve our English speaking, writing and understanding skills and to learn more about the United Nations.

At the beginning on Wednesday quarter to eight in the morning, all students gathered in business clothes. First, we received a detailed introduction to the project and the common procedures of the UN-General Assembly. The conference was divided into formal and informal meetings. Meanwhile the former one, 90-second speeches were held. When you wanted to give a speech, you had to send the “chair”, which consists of vice president and president, a request. After that, they put the countries on the so-called “speaker´s list”. The most of our speeches began with “Thank you honourable chair, dear delegates” for welcoming everyone. To concentrate on the statements and positions of the other countries, we had to remain absolute silent and there was no writing either. In many countries the situation of women rights is really complicated and not fair. For example, my group represented the country of Ireland. There, men and women can vote at the age of 18 years. But gender equality has yet to be achieved in many areas. Men still dominate the workplace and are the main decision makers in business and politics.

The informal meetings serve to work with other delegations and to plan strategies to solve problems. We wanted to find solutions for equal women rights everywhere. The informal conference must be requested in advance and confirmed by a majority vote. But in the end of the day, there were 4 big groups of Delegates who cooperated and represented the same interests. Ireland was working with countries like the United Kingdom and Northern Ireland, Norway, Canada, France, Venezuela, Mexico, Australia. We wanted to show that everyone of us has the right to be treated with tolerance and respect, no matter the gender or the origin.

Thursday, the last speeches were held, because it was obligatory to give one. We learned how to appear and speak in front of a great audience. This day, the informal meetings were a lot longer, because the groups had to make resolutions to correct their deficits with women in democracy. Later, we had to write a “working paper” with our final approaches. This is a sort of proposal to the UNO. When the “chair” is agreed and the majority of the members vote for a resolution, it comes into effect. In our case 3 from 4 working papers were accepted and we had a successful day with regard to the project.

Afterwards, we gave the students feedback about our impressions. For us, the simulation of the UN-General Assembly was a valuable experience. We were able to improve our English skills and to exercise free speeches. It felt like a real UN meeting! At the end of two interesting days, we said goodbye to the four students with gratitude and small presents.